Youkobo Art Space manages an Artist-in-Residence (AIR) programme and a non-profit gallery for domestic and foreign artists. It is also committed to supporting other AIR programmes, international exchanges, and community activities through art, and to nurturing young art workers. As a studio (“kobo”) for you (also “play” in Japanese), Youkobo Art Space aims to give many people opportunities for art and cultural experiences by supporting the autonomous activities of artists. To date, 150 overseas artists from 20 countries have been welcomed to Youkobo, and exhibitions of over 100 Japan-based artists have been held in what has become a place for rich cultural exchange. 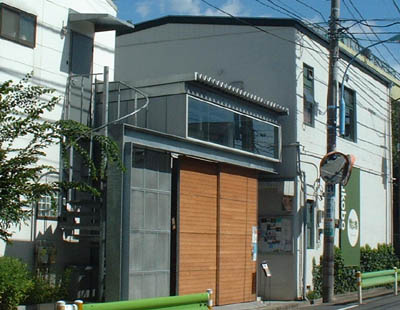 A message from Hiroko Murata, Director of Youkobo Art Space:

Within the context of the arts, the specifics of identity and difference have been the focus of many artists, curators, critics, and historians. Recent years have witnessed the emergence of a global art produced by an international band of cultural nomads who travel widely to create and exhibit their work. This artistic exchange intends to respond to where artists position themselves and their work between the poles of global and local.

Project6581 involves art professionals from Japan and Singapore and aims to create a unique opportunity for artists from different parts of the world to actively exchange their views and ideas about current issues of cultural identity and globalisation. This collaboration takes the form of two residencies, Youkobo Art Space (Tokyo, Japan) and INSTINC (Singapore) and the exhibitions taking place in the respective countries, and culminates in a final group exhibition at Japan Creative Centre, Singapore, in February 2014.

Following Robotic Love, an exhibition by Singaporean artists Yeo Shih Yun and Justin Lee Chee Kong at Youkobo Art Space in July 2013, INSTINC was host to Japanese artists Aya Murakami and Kaoru Murakami who presented Mosaic Triangle in August 2013. In the third stage of the project, Ade Putra Safar Bin Fuad and Muhammad Khairullah Bin Rahim explored themes of identity in relation to their native home Singapore during a residence at Youkobo in September 2013, which culminated in City Dwellers: Urbanites of Tokyo.

With the realisation of these exhibitions, there was a strong sense that the project’s goals of forging new networks between Japan and Singapore, sharing fresh artistic stimuli, and sowing seeds that will grow into future collaborations are coming to fruition. With the success of the exhibitions to date, there were strong expectations of the penultimate exhibition Zone Eclipse in January 2014 by Tokyo-based artists Chihiro Kabata and Yuuri Kabata at INSTINC and for the final group exhibition involving all the participating artists in February 2014.

The basis of exchange stems from the one-to-one relationships formed between individuals. Finally, we would like to make special note of the fact that this exchange between the two countries and eight artists is tied to the trust that has formed with Yeo Shih Yun, the director of INSTINC, since our first encounter.